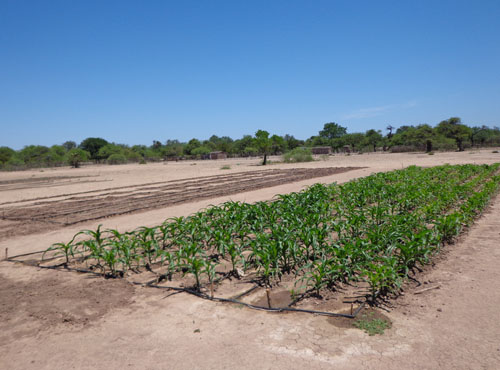 SIWOK Foundation works with the native people of Chaco Salteño (the tropical forest area of Salta province). It promotes family farming through water efficient systems and also provides key tools such as good quality seeds and drip hoses. By means of perforations made by them, the Wichis manage to provide water to their communities, in order to plant and produce food in a hostile weather environment.

SIWOK Foundation works with the hunter and gatherer communities of native people who inhabit the Chaco Salteño. The objective is to improve their access to water and then support them so that they can sow and thus can feed themselves and generate income. More than 50% of the children (0 to 5 years) of the communities SIWOK works with are at nutritional risk.

The worst national rates of child mortality, malnutrition, maternal illiteracy, home delivery; education, etc. are amongst Wichi communities of the Chaco Salteño. The Sanitary Program of Intercultural Relations of the Ministry of Public Health of the Salta province, indicates that 5 out of every 100 children in the Chaco Salteño area will not reach the age of 5 and in some departments (Sta. Victoria Este, Alto de la Sierra, Morillo, etc.) the number rises to 8 children who die before the age of 5.

With the loss of the forest due to the expansion of the agricultural borders, the available resources to maintain the ancient way of life of hunting and gathering diminish. Communities survive through the assistance they receive in the form of subsidies, wages and food bags.

One of the peculiarities and strengths of the initiative is to have generated a teacher’s network. All the trainers and teachers who carry out the knowledge transfer are Wichi. Through cell phones, they generate a network that propagates family farming in several communities, training on water access through drilling and its use for cultivation. 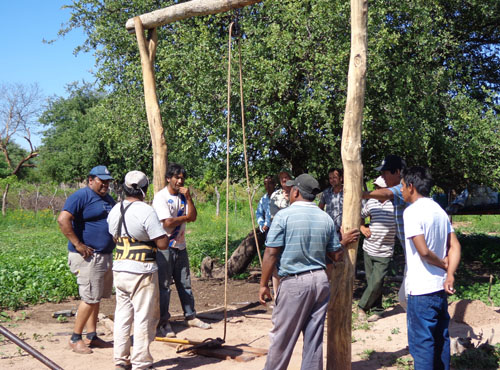 In a context of high malnutrition and mortality, they work together with families so that they are the ones to carry out their own wells. In this way, they access to irrigation by dripping and sowing of culturally accepted seeds, such as corn, anco (type of butternut pumpkin), pumpkin and beans, among others.

The project is designed to guarantee its sustainability and extension. The same growers who receive training in the extensions should then in turn be able to transmit the know-how to their peers elsewhere. These already trained individuals should be the basis for the future extension of good agricultural practices. In the long term, the aim is to reintegrate family farming into the Wichi culture.

SIWOK Foundation is now in full growth in Salta and in Formosa. The Foundation operates in three regions: the Pilcomayo, where more than 100 families plant summer crops with this system; Route 81, where 96 families planted during the 2014-2015 campaign; and in Provincial Route 56, where there are now 18 greenhouses producing tomatoes.

Alimentaris is committed to this project as it represents an example of the development of a replicable model of family agriculture expansion. In this way, sustainable food production and the creation of an income generating activity are supported, as well as strengthening the quality of nutrition and health.

Back to Rural Development Programs